After the massive boom in fintech investment of recent years, the market has entered much choppier waters in 2022, with growing uncertainty over the financing of young and more mature startups and over the future shape of regulation.

It’s a significant change in market sentiment and one which clearly comes through in our survey.

Respondents do still see fintech as an area of potential growth. Although it comes well down the list of growth areas, the proportion seeing growth opportunities in fintech, even in a more challenging environment, has grown from 33% in 2020 to 38% in 2022.

“By far the fastest growing concern is around the financial strength of fintech providers.”

But perhaps the most telling finding comes when respondents are asked to identify the biggest drawbacks in fintech investing.

By far the fastest growing concern is around the financial strength of fintech providers. Here the proportion of respondents ranking this as a worry has shot up from 23% in 2020 to 45% in 2022.

It’s easy to see why this should be so big a concern.

Traditional banks and other financial institutions rely heavily on innovative fintech providers to help them make their digital transformation journeys. Many of these providers are at an early stage in their development and hungry for investment.

But, after a record-breaking year in 2021 when many fintechs achieved sky-high (and sometimes unsustainable) valuations, the financing of fintech companies has come under significant pressure in the first half of the year.

Amid concerns that rapidly rising inflation and interest rate hikes will make it hard for some early-stage companies to meet their profit projections, venture capital funds are less willing to write large cheques.

Instead, they are putting portfolio companies under pressure to focus on profitability, cut costs, reduce headcount and extend the runway between funding rounds.

Some fintech startups have struggled to raise capital. Others have been forced into down rounds where they are financed on a much-reduced valuation compared to previous funding rounds.

Europe’s largest and arguably most successful fintech, the “buy now, pay later” lender Klarna, did manage to raise new finance in 2022, but only on a valuation of USD6.56 billion, 85% below the USD46.5 billion valuation it achieved in its last funding round in 2021.

In the volatile crypto-lending space in the US some have failed to raise capital at all, despite taking a huge haircut on their valuation.

Financing appears to have held up relatively well in Asia although the expectation is that capital might get harder to come by later this year and in early 2023 as the threat of recession builds.

In some Asian markets funding is being supported by direct government investment in the sector. For example, an HKD5 billion fund has been set up to support young fintech companies and encourage inward investment in the Greater Bay Area covering southern China, Hong Kong and Macau.

Separately, and in another example of how China sees fintech as a key element in the economic integration of Hong Kong and China, eight virtual banks have been set up, many backed by China’s biggest financial institutions, and are beginning to make inroads in the market.

Meeting regulatory requirements remains the top concern for respondents, rising from 53% to 55% over the last two years.

Regulation in this area is already complex and still evolving, especially where it relates to some of the most progressive technologies.

However, Europe is forging ahead of other markets in developing regulatory frameworks in one key area – crypto assets.

After several years of debate, the European Commission, the European Parliament and Member States finally agreed the Markets in Crypto Assets (MiCA) reform package in June that represents the first attempt to regulate this sector.

The overall aim is to build a stable cryptocurrency sector in Europe, encouraging growth and innovation while protecting consumers and investors. With big environmental concerns around crypto, operators will be obliged to account for their energy consumption and the impact of digital assets on the environment.

It’s still early days and fine details are yet to be agreed, but new rules could come into force in 2024, well ahead of the UK and the US.

A question of timing

They want to see how regulation settles before making the huge investment needed to transition to, and fully integrate, these new technologies. That’s not surprising given the avalanche of regulation institutions have faced since the financial crisis.

In the meantime, many financial institutions are opting to make small investments in promising fintech companies to help nurture their growth, often with a view to acquiring them later if their technology proves successful and is compliant.

But a long game can become a dangerous one. Competitive pressures are building swiftly, with banks facing competition not just from their traditional rivals but from a new breed of disruptive, internet-only challengers, able to establish themselves on a much lower cost base.

Another major concern remains the fear that deploying fintech solutions will disrupt the existing business.

Banks have a patchy record when it comes to integrating new technologies with legacy systems and on making the necessary changes in culture and branding when merging with another business.

We see examples of institutions that have opted to overlay new technology on top of legacy systems rather than carrying out a deep process of integration. There are obvious risks in doing this. Instead of achieving hoped for efficiencies, they can end up with a complex hodgepodge of technologies.

Respondents still identify some clear benefits from investing in fintech.

Better functionality, more flexibility, faster growth and improved ability to meet regulatory requirements continue to be seen as the top benefits and all of them are showing slight increases in 2022 compared with 2020.

Curiously, benefits that relate to customers are showing slight decreases. Those saying that fintech will help them get services to market more quickly has fallen from 30% to 28%. The ability to be more customer-centric is down even more sharply, from 26% to 21%.

By contrast, the drive to implement fintech solutions is now coming increasingly from C-suite executives and internal customer service departments, rather than from IT teams as was the overriding case in the last two surveys in 2020 and 2018. Given that, it’s a surprise not to see a greater focus on the customer.

Where fintech can add most value

Digital banking, improved cybersecurity and payment systems remain among the areas where respondents see greatest potential for fintech to add value. Each of these is slightly more likely to be identified as areas where value can be added in 2022 compared with 2020.

Payment solutions are a particularly important solution in key regions, notably Asia, where we have seen some of the world’s most sophisticated systems being rolled out.

Rather than a nice-to-have, these systems have come on stream driven by strong customer demand for ways to make payments at home and abroad when dealing in multiple currencies, many of which are not fully convertible.

Insurtech is another area where respondents see a growing potential to add value, up from 11% in 2020 to 14% in the latest survey.

It remains relatively low on the overall list of potentially valuable applications, perhaps reflecting the fact that the insurance sector is widely seen to be about five years behind the big banks in adopting new technologies.

However, it’s clear many traditional insurance companies fully expect their sector to be as significantly disrupted as banking, over time. Future surveys could see insurtech ranked much higher as an area of potential value creation. 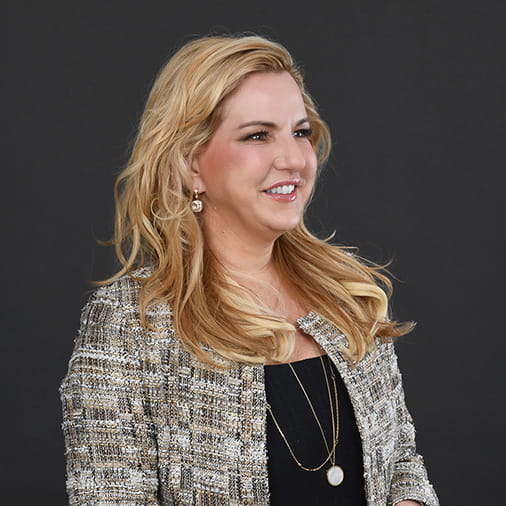