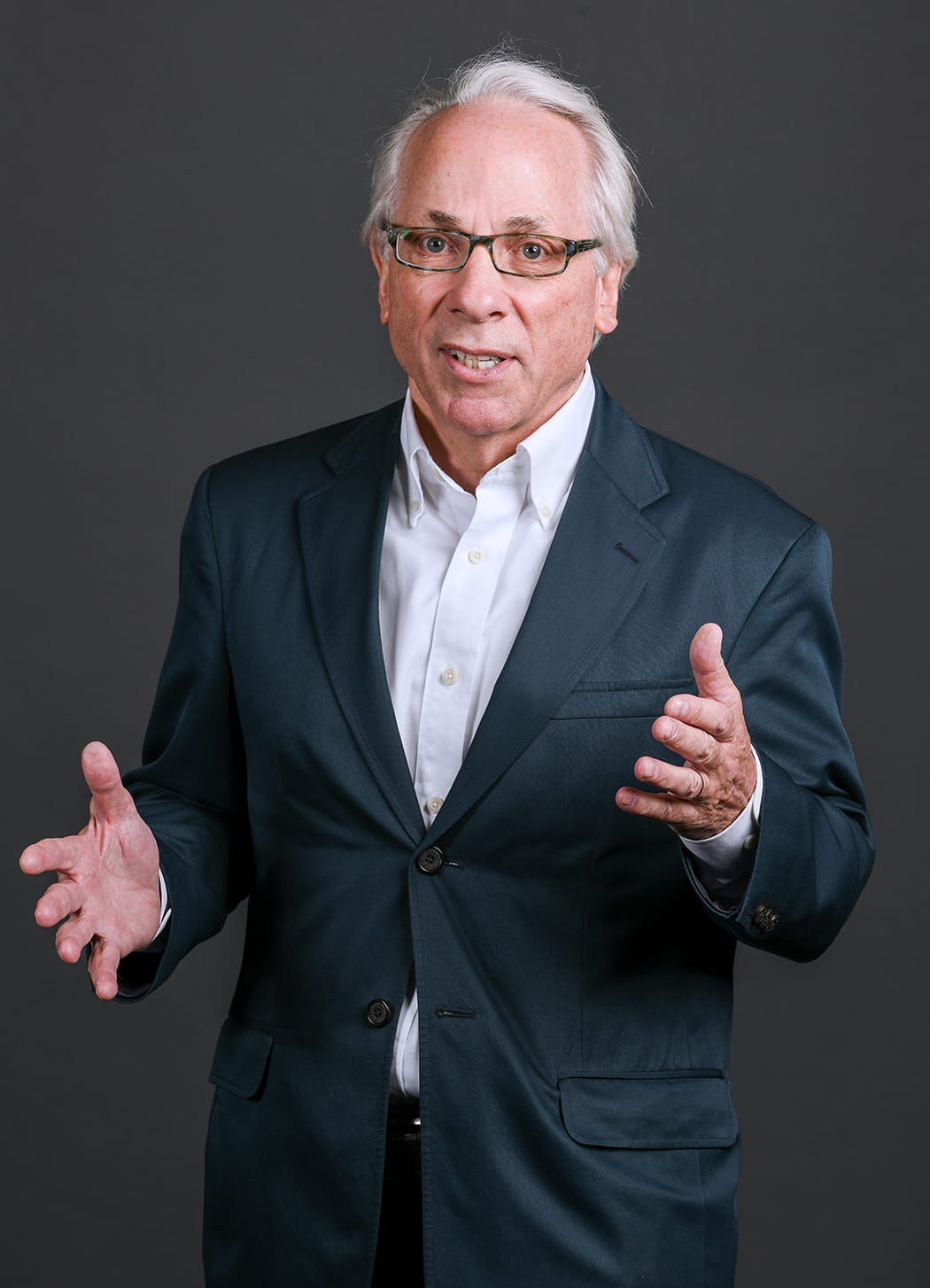 In the Middle East and Asia, Stewart's practice concentrated on representing government entities and international companies developing infrastructure and making investments in a variety of business sectors. In addition, he was Office Managing Partner for Qatar and in that capacity was responsible for compliance with government regulatory requirements. In Mongolia, Stewart was the partner responsible for coordinating work among DLA Piper's associated law firm in Ulaanbaatar and its other offices around the world.

Container Terminal PPP Project in Oman. Advising a partially government owned port company in the Sultanate of Oman in connection with the procurement on a PPP model of a container terminal in a major Omani port. The project consists of the operation, maintenance and development of the container terminal for a 30 year period. The scope of work for the port company involves all aspects of the project, from participating in the development of the expression of interest and invitation to bid documents to drafting and negotiating project agreements (concession agreements) with bidders.

New York State Thruway Service Areas PPP Project. Advising a European-based international facilities operating company in connection with the procurement on a PPP model by the New York State Thruway Authority of a consortium for the construction or renovation, and operation and maintenance, of the 27 Service Areas on the New York State Thruway. The scope of work involved representing the facilities operating company as the Lead Facility Manager in the negotiation of the Lease Agreement (concession agreement) between the consortium and the Thruway Authority and the negotiation of the Project Contract/Facility Management Agreement and related agreements between the consortium and the facilities operating company, including collateral agreements required for the financing of the project, which was done on a project finance basis.

Cruise Terminals PPP Project in Puerto Rico. Advising a government authority in connection with the procurement on a PPP model of the San Juan Bay Cruise Terminals. The San Juan Bay Cruise Terminals are the center of the cruise line business in Puerto Rico and are utilized by the major international cruise lines that service the Caribbean region. The project consists of major capital improvements to the cruise terminals and the operation, maintenance and development of the cruise terminals for a 30 year period. The scope of work for the authority involved all aspects of the project, from establishing procurement procedures and documents to drafting and negotiating project agreements (concession agreements) with bidders and ensuring that the project documents are acceptable for a public financing of the project.

Healthcare Campuses PPP Project in Turkey. Advising a major international healthcare company establishing joint ventures in Turkey to develop two healthcare campuses in Turkey on a PPP model, each having a capital cost of more the one billion dollars. The consortium is responsible for the construction, equipping, operation and maintenance of the two health care campuses over a 30 year period. The scope of work involved commenting on the Public-Private Partnership Agreement (concession agreement), negotiating and drafting a shareholder agreements in which the healthcare company was an equity member, negotiating and drafting the operations and equipment supply agreements and other project documents between the consortium and the healthcare company, and review of and comments on financing documents for the healthcare company as investor and equipment supplier.

Combined Heat and Power Project in Mongolia. Acting for a multi-lateral financial institution as project consultant to the Government of Mongolia in connection with the development and financing on a project finance basis of a 450 MW combined heat and power plant in Ulaanbaatar, including preparation of tender documents, concession agreement and other project agreements.

Coal-to-Liquid Fuel Project. Acting for Mongolian conglomerate in connection with the negotiation of a joint venture agreement and the development and financing on a project basis of a coal-to-liquid fuel project in Mongolia.

Investment in Financial Institution. Acting for sovereign wealth fund in connection with the purchase of shares of a leading Mongolian financial institution, including conducting due diligence and negotiating and preparing a subscription agreement and shareholders agreement.

Acquisition in Qatar. Acting for institutional investor in connection with the acquisition of a construction company in Qatar.

Oman Water and Wastewater Sector PPP Study. Acting for the Ministry of National Economy of the Sultanate of Oman in connection with the preparation of a report analyzing the water and wastewater system in Oman and recommending reforms that will facilitate development of the water and wastewater systems utilizing public-private partnerships of various sorts and non-recourse financing based on system revenues.

Waterfront and Palm Jebel Ali Utility PPP Projects, Dubai. Acting for a semi-government entity in all project related aspects of this major master developed project, including drafting and negotiating all concession arrangements and EOIs and RFPs for the global tender for the provision of utilities and infrastructure (wastewater, solid waste, potable water, power, gas and district cooling) and all construction, consulting and operating arrangements. Estimated infrastructure project costs exceeded US$ 2 billion.

Jumeirah Golf Estates and International City Wastewater PPP Projects, Dubai. Acting for a semi-governmental entity on these projects in relation to the drafting and negotiation of utility concessions. Estimated infrastructure project costs exceeded US$ 100 million per project. See above in relation to key deliverables.

Dubai Maritime City Wastewater and District Cooling PPP Projects, Dubai. Acting for a semi-governmental entity on this project in relation to the drafting and negotiation of the wastewater and district cooling concessions. See above in relation to key deliverables.

Power Project in Mozambique. Representation of a private equity fund in connection with the due diligence of the financing agreements for the potential purchase of a 40 MW gas-fired power plant and associated gas pipeline and power transmission line in Mozambique.

Multi-Country Medical Supply Financing. Representation of an African commercial bank working in coordination with a United Nations Foundation related entity to create a financing structure and model documents for the accelerated financing and delivery of pharmaceutical and other health care products to countries in Africa.

Mixed-Use Development Project. Representation of a US municipal government in connection with the structuring, development, construction, operation and financing of $150 million greenfield mixed use urban development project consisting of a public parking garage, office buildings and retail and condominium facilities, including negotiation of a development and construction agreement, an operation agreement, land use agreements and financing documents, and issuance of $25 million of publicly offered debt securities.

Convention Center Hotel Project. Representation of a monoline insurance company in connection with the public financing and development of a $300 million urban convention center hotel in the US, including review and negotiation of a hotel operating agreement, construction contracts, bond indenture and other project and financing documents.

Mixed-Use Development Project. Representation of an international bank in connection with a real estate loan to a private developer for a major urban redevelopment commercial and residential project in the US, including preparing the loan and real estate documents and structuring the loan to correspond to the different phases of the project.

Stadium and Urban Redevelopment Project. Representation of a monoline insurance company in connection with the development and financing of a $300 million sports stadium in the US, including review and negotiations of agreements relating to construction and operation, tax credits, senior and junior debt, provision of utilities and other matters.

Refinery, Fertilizer Plant and Pipeline Acquisitions. Representation of a private equity fund in connection with the $225 million acquisition from a bankruptcy estate of a fertilizer plant, refinery and related pipelines and water rights located in Coffeyville, Kansas, including arranging term loan and revolving credit facilities from a banking syndicate for such acquisition secured on a project basis, and negotiating the assignment of water rights and pipeline transmission rights.

Biomass Project. Representation of an international company in connection with the negotiation of a construction and operation agreement for a 60 MW $300,000,000 biomass energy project in Frederick, Maryland, including negotiation of related site lease and other project documents.