Pathways to growth in a troubled world
Download the report

At a time of deepening political and economic uncertainty across the world, European technology companies remain surprisingly optimistic about the prospects for growth in their sector.

That is the clear conclusion of our sixth Tech Index, based on interviews with senior executives from 350 companies across the tech sector with revenues ranging from EUR10 million to more than EUR10 billion.

“At a time of deepening political and economic uncertainty across the world, European technology companies remain surprisingly optimistic.”

The continuing sense of confidence in the tech sector is at odds with the mood of many businesses. For many it’s not a case of watching economic and political storm clouds gathering on the distant horizon. Instead, they see the storm approaching fast and are already battling significant headwinds.

Yet, despite inflation climbing to its highest level for 40 years, interest rates rising rapidly after a prolonged period of historic lows, and the increasing threat of recession across major economies, this has not shaken the nerves of tech companies in our survey.

They continue to believe the economic environment remains conducive to growth and, in fact, are more confident about current conditions than at any time since we began running our biennial Tech Index in 2013.

In another surprising finding, respondents also express growing confidence in national and European regulatory regimes at a time when regulation around key technologies is already intense and continuing to evolve, often in ways that are hard to predict and prepare for.

Tax regimes, the environment for developing and exploiting intellectual property and access to talent, are also viewed more favorably in 2022 than in our last survey in 2020, even if by small margins.

The only area where sentiment has worsened slightly is in relation to how the venture/capital markets model is affecting growth, perhaps a reflection of tighter credit markets in the first half 2022 after recent boom years in corporate financing.

Taken together, the overall Tech Score from our survey stands at 68 in 2022, just ahead of 2020 and representing a sustained upwards curve in optimism since 2016.

However, this extraordinary sense of optimism diminishes significantly when respondents are asked to reflect on the current geopolitical situation, a question included in our survey for the first time this year.

When war in Ukraine, the effects of Brexit – widely seen as negative – strained trade and diplomatic relations between China and the US, disrupted supply chains, and ever-tightening national security controls around key technologies like 5G, are factored in, the score drops to just 43.

And when those more sober findings are incorporated, the overall tech score falls back to 64, the same level we recorded in our first Index in 2013, although still higher than the 2016 and 2018 scores, which stood at 54.

Nevertheless, respondents remain undaunted and widely expect to see their revenues growing faster in the next year compared with the last 12 months. In fact, two-thirds expect revenues to increase by at least some extent, and just one in ten say they think turnover will go into reverse.
Download
79.84 KB
Revenue

Part of that is down to the continuing efforts they are making to build back better from the COVID-19 crisis. Although 20% believe COVID-19 will continue to have a negative impact on the supply side of their businesses in the year ahead, that compares with nearly 80% in 2020.

And there are signs that companies are becoming increasingly agile in mitigating the lingering impact of COVID-19, with 99% saying they are taking some sort of action to speed their post-pandemic recovery.

Most commonly they are refining their product and service offering or adjusting their pricing. Other tactics include temporarily reducing headcount, deploying new technologies, seeking growth through acquisitions and renegotiating supplier contracts. A tiny proportion say they are permanently reducing their workforces, temporarily closing their business or considering insolvency.

Meanwhile, only 10% of companies see benefits from the UK leaving the EU, including 19% who say it will mean less competition from overseas firms, and 16% expecting a reduction in red tape. Significantly, 40% see no benefits at all.

An opportunity to innovate

But it’s important to make a distinction between consumer-facing businesses, which are most likely to feel the impact as the cost-of-living crisis inevitably reins in customer spending, and those serving industrial and commercial markets.

For the latter, readiness to invest in new technology and new product offerings appears to remain high for now. They also continue to be able to raise new money to finance growth, something that has become more challenging in recent months for companies serving consumer markets.

More generally, we have noticed a clear trend among some of our clients to turn these challenging times to their advantage. Rather than battening down the hatches, they are looking for opportunities to innovate their way out of difficult market conditions.

And we see evidence that some companies have learned important lessons from the sharp and protracted downturn following the global financial crisis. Those that chose to respond to the crisis by cancelling important projects and contracts, often came to regret what they later viewed as an overreaction. They are determined not to make the same mistake again.

That’s particularly important at a time when the process of digital transformation is intensifying with the prospect of companies, across sectors, being able to accelerate growth by embracing powerful new business models.

The question is: will boards continue to see investment in this area as a priority? Or will they fall into the trap of delaying investment, only to find themselves tied to outdated legacy systems that leave them at an increasing disadvantage in the market?

Here our survey uncovers some contradictory findings. In some areas, notably fintech, change is increasingly being driven by C-suite executives, rather than by the IT function, as in the past.

Regulation – getting ahead of the curve

With the volume of regulation around key technologies continuing to grow, it’s surprising that companies in our survey are so relaxed about both national and European regimes.

Even more so, since there is a growing divergence between EU and UK regulation in key areas such as AI and fintech, adding complexity to an already complex environment.

But there are signs that tech companies have become more accustomed to operating in a highly regulated space. Signs too that, yet again, they have learned lessons from embracing complex new regimes, most notably the EU’s GDPR data protection regulations.

Many companies struggled to set up effective GDPR compliance processes, forced to go through time-consuming and expensive remediation programmes to rewrite contracts once the regulation had taken full shape.

We see a real determination to get ahead of the curve this time. They want to ensure that products they are creating today can still be sold in three or four years’ time without the need to make constant adjustments to compliance procedures.

That’s a tricky process given that some regulation is at a very early stage of development and will often, as is the case with AI, be subject to a different overall approach in the EU compared with the UK and the US.

In addition, there is a growing view that regulators, far from just imposing constraints on companies, are increasingly looking to use regulation as an enabler. The European Commission sector inquiry into consumer Internet of Things technologies, published in January, looked at how to lower barriers to entry into a market, dominated by a few vertically integrated players, opening the way for new entrants.

The area where regulation has tightened most dramatically in recent years is around national security. Across the globe countries are imposing upfront scrutiny of corporate transactions and increasingly tough restrictions on foreign direct investment and infrastructure supply chains.

This has been most noticeable in connection with 5G technologies where, led by the US, but eventually followed in many other jurisdictions, Chinese vendors continue to be forced out of the market.

We’re seeing a tightening of controls in many other sectors where industries, from utilities to airlines, are designated as critical national infrastructure, although this can sometimes be a flimsy fig leaf for protectionism. Given the sensitivity around digital technologies, companies in the tech sector find themselves right at the centre of the action.

Respondents to our survey overwhelmingly believe that enough provision has been made to safeguard national security where 5G is concerned, although 20% still call for further measures, such as tighter regulatory controls.

The perception is that the debate over national security and 5G in the US reached its pinnacle under the Trump administration.

But the reality is that there has been little or no change since Joe Biden’s election. US/China trade frictions have not eased and show little sign of doing so, especially given the increased tensions over Taiwan.

The one difference is that President Biden has tried to take a more multilateral approach, working with allies to confront China, and there are signs that different national regimes are becoming more alike in their aims, even if different levers are being used to achieve them.

“We’re seeing a tightening of controls in many other sectors where industries, from utilities to airlines, are designated as critical national infrastructure.”

With semiconductor supply chains still heavily disrupted, chip manufacturing is increasingly in the spotlight from a national security perspective. Key players in the market, including China itself and Germany, are increasingly taking action to protect their industries.

Meanwhile new legislation in the US, passed in July, has unleashed USD54 billion of investment to build a powerful domestic semiconductor industry amid efforts to onshore production and loosen the dependence on Taiwan and South Korea for chip supplies. In briefings ahead of the law passing, it was made clear that national security was a key reason for the measures.

That investment was dwarfed only days before by the Inflation Reduction Act, which included provisions for USD370 billion of investment in green energy technologies and electric vehicles.

The legislation is widely regarded as a significant step change in US efforts to tackle climate change. But environmentalists have complained that the benefits of this ambitious programme are being undermined by strict US content provisions contained in the measures. Companies working on these technologies will only qualify for tax credits if they source key raw materials, such as lithium for batteries, onshore or from a country with a free trade agreement with the US.

More widely, the US commitment to invest in green technologies only hints at the trillions of dollars of private capital that is being amassed to deploy on sustainability and ESG related investments in the coming decade. This will undoubtedly be a source of significant future growth in the tech sector, where two-thirds of companies we surveyed see important business opportunities.

To what extent the optimism currently being shown by European tech companies is justified will be determined by how geopolitical issues play out in the coming months and their ability to keep innovating in turbulent times.

It’s far from clear whether the current economic headwinds will be relatively short lived or will develop into a shock as deep as the COVID-19 crisis.

But, for now, companies we surveyed appear convinced that they are resilient enough to weather the storm and have plenty of reason to be positive about the sector’s long-term growth potential. 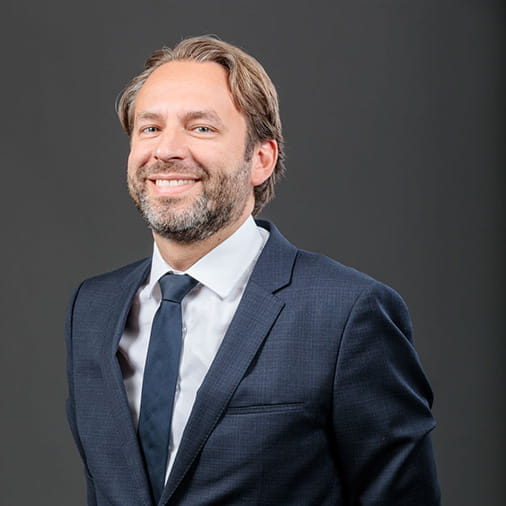 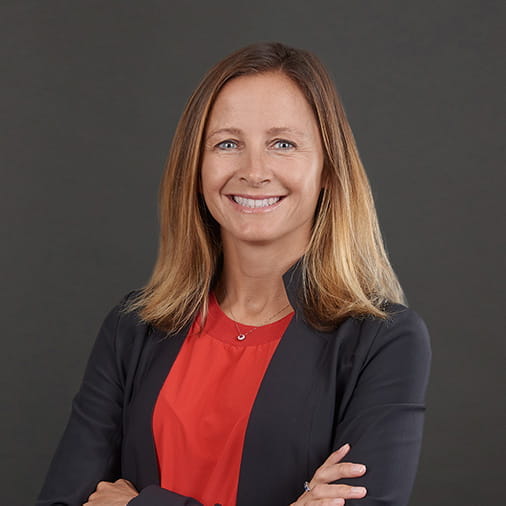 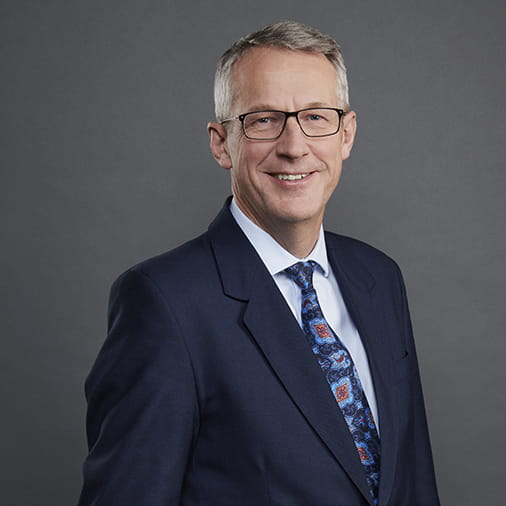 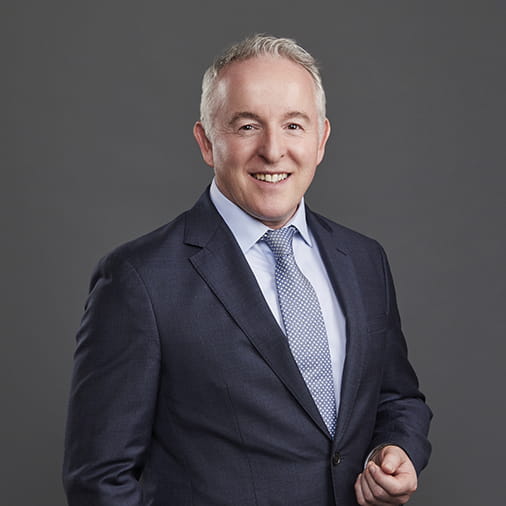